ABOUT UFOS AND SATELLITES... 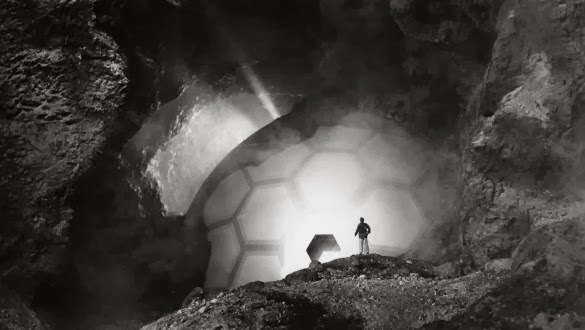 On November 2, 1973, Lyndia Morel, returning to his home near Goffstown eight kilometers west of Manchester (New Hampshire) about 2:45 pm when driving on the Highway 114 observed a bright light in the distance. At first, the "light" was a yellow color, but then began to change to red, blue and green colors. The witness thought he could be a planet or a star. But after traveling several miles found that the light was becoming brighter. But soon disappeared to reappear several times along the path of the witness. In one of these appearances, the object was so close to Lyndia could observe many disconcerting details. It was a golden globe, all over its surface covered by orange hexagons, like a honeycomb, in top left hand front had an oval window. The red, green and blue flashes that had distinguished earlier came from somewhere near the center of the object instead. The golden artifact produced a sharp sound.
The witness said that object seemed to control their actions and force her to continue to him. When he approached Lyndia only about 30 meters away, saw a figure in the window. It was small humanoid figure standing behind a control console on a white background. The figure had a rounded head, wrinkled face, grayish color, like the skin of an elephant and a slit for the mouth. His eyes were large and dark eyes with hypnotic look. The body was darker than her face. The witness told investigators that the creature sent a telepathic message to to have no fear, but seemed not to have effect, Lyndia was frightened by the presence of this strange sphere.


Somehow, she was able to stop his car, coming out  his lethargy near the entrance of a house just past a cemetery. The witness ran to call for help while still hear the hum of the engine. When marriage Beaudoin they awoke, after repeated knocks on the door of your kitchen, a frightened woman who covered his ears were found.
They called the police, the agents verify altered state of witness.


BETWEEN SATELLITES AND MARTIANS

Curiously the object observed by Lyndia has a great similarity to a 1960 U.S. satellite with a diameter of 30 meters. But exist more curiosities. In the classic science fiction film, It Came from Outer Space (1953), an horrible alien, lands in our planet aboard an artefact with a fuselage full of hexagons ... these images are at the origin of this experience? ... probably yes ...However, none of the images on his sighting was new and strange to the observer, but, exposure front distorted of his unconscious information, Lyndia thinks that  is a UFO ...